A commercial shoot at the HART of the action

I’ve had the opportunity to work on a very different type of commission to my usual commercial work this year. I was invited by the National Ambulance Resilience Unit (NARU) to cover training exercises with their specialist paramedic crews – known as Hazardous Area Response Teams (HART) belonging to the North East Ambulance Service (NEAS) and the East of England Ambulance Service (EEAST).

The exercises simulated a plane and a train crash respectively, and used real vehicles, equipment and smoke to create as realistic and challenging environment as possible. The exercise involved several agencies including firefighters, police, search and rescue teams and the Army. Volunteers and specially trained actors from Amputees in Action were involved playing the roles of ‘casualties’.

It was a real privilege to be able to work alongside these teams as they responded to the events unfolding in realtime. After spending the days literally running around after the emergency service crew, ducking under an RAF helicopter, scrambling along overturned and smoke-filled train carriages, watching crews attend to casualties with horrific injuries, it has certainly reinforced my respect for the men and women who are there to look after the public in these situations. 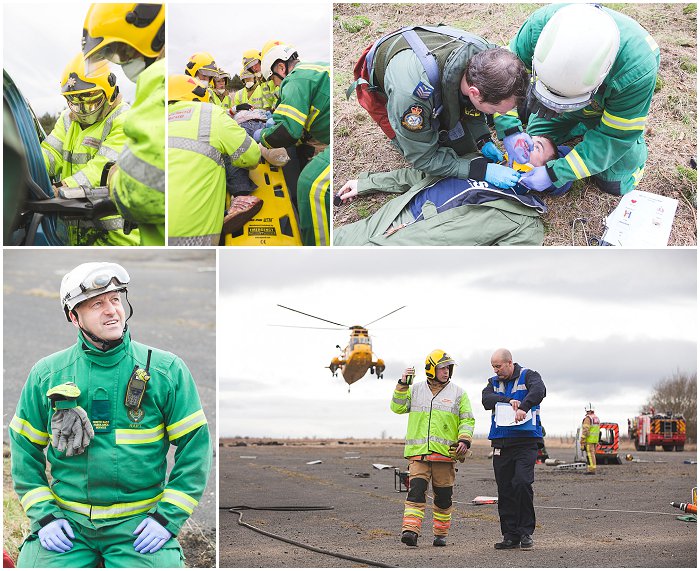 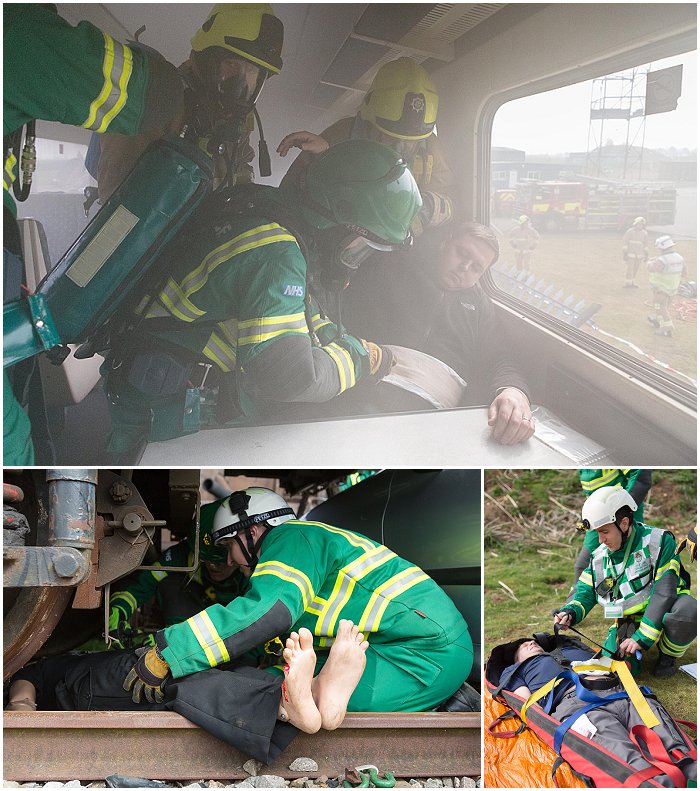 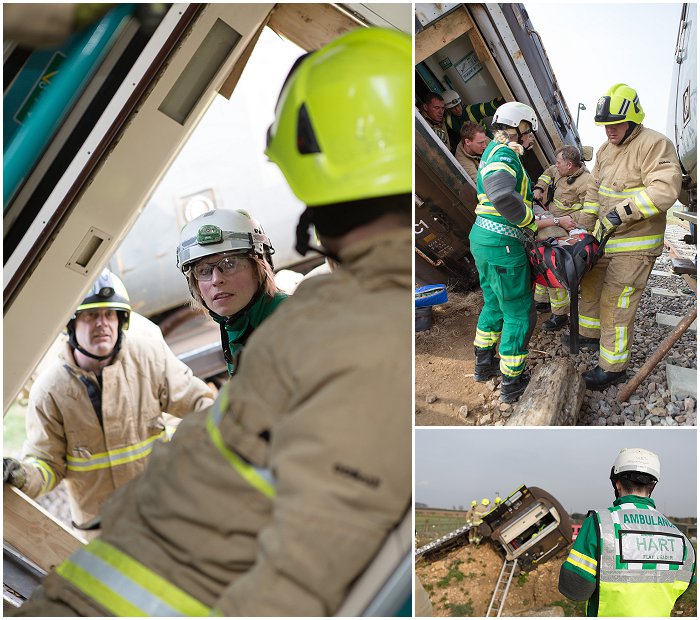 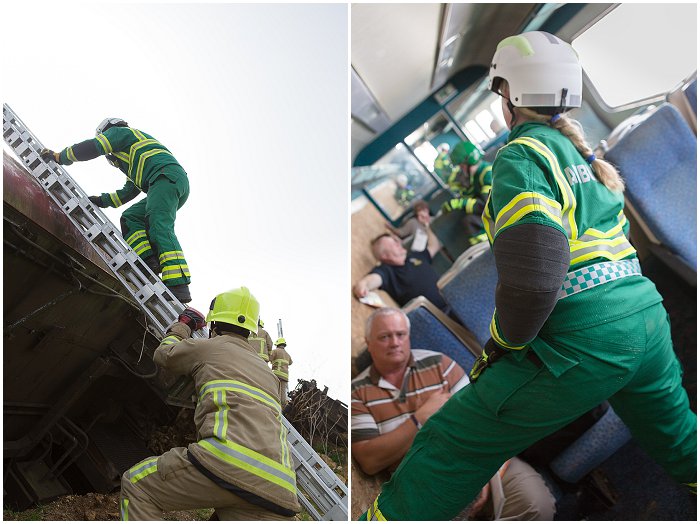