The power of a photograph

As I was leaving the house one day last week, there were two elderly ladies stood at the gate looking at the house and chatting intently. I smiled and asked if I could help them, and that’s when my afternoon took an altogether different twist…

“Our mothers were raised in this house in the early 1900s, and we used to visit our grandparents when we were very little”, said one lady. “It looks just like in the photograph”, said the other. I discovered that the two ladies, Edith and Anne, were on a nostalgic trip to revisit the places where their mothers and grandparents had lived in Hexham and to reignite memories of their early years. The two cousins had travelled from Staffordshire and Stirling respectively and were in the area for a couple of days. “Would you like to come in and have a look around and see if it’s still like you remember?”, I asked – it would seem such a shame for them to stop at the front door after travelling all that way. They were effusive with their gratitude, so I unlocked the front door and watched their faces light up as they stepped over the threshold for the first time in over 70 years. 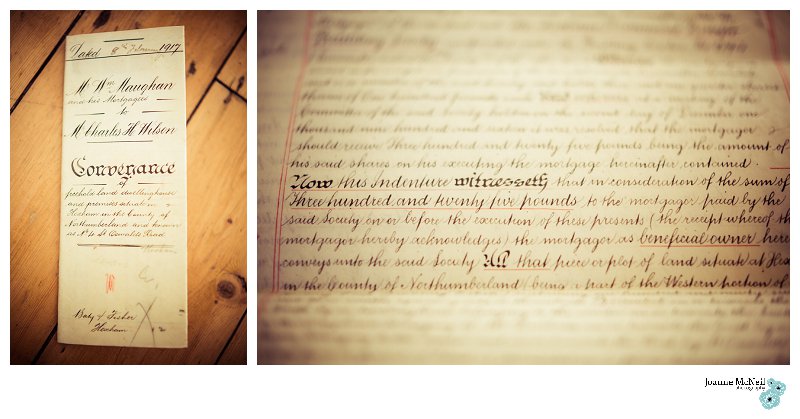 After I showed them around the house, much of which they said had stayed pretty much unchanged, we sat down in the lounge and had a lovely chat over a cup of tea. Edith and Anne’s journey had started after they had found an envelope full of photographs of our house and other places in the area, and they decided to come back on a mini pilgrimage. They told me that their grandfather had been a commercial traveller and after his wife had died, he often left his two daughters (Edith and Anne’s mothers) alone in the house when he went away; they were 16 and 21. It transpired that they held parties at the house, to which they invited friends from the Church (what was the Community Church) and they had seen a photograph of numerous young people sat up the stairway laughing and having fun – I picture this every time I walk up the stairs now! The were also other relatives who lived at the house backing onto ours, and they used to call each other by banging a pan on the wall. We chatted for almost an hour, and then it was time for them to go. They couldn’t thank me enough for inviting them in and sharing their memories and Edith said she would send me photocopies of the photographs of the house.

Not long after they left, I realised that when we bought the house, we received all of the original deeds – really old documents, that looked like they belonged in a museum – and details of their grandfather buying the house might be with them. And then my next thought was that I hadn’t take an address or phone number from them, so unless they got in touch with me, I wouldn’t be able to get in touch with them. I felt somewhat disheartened as I jumped in the car and headed off to the shops. But then just as I was driving along the main street, fate intervened for the second time that day, and I spotted Edith and Anne walking into a hotel. I threw the car into the first space I could see, and after catching up with them in the foyer, I finally had their contact details. 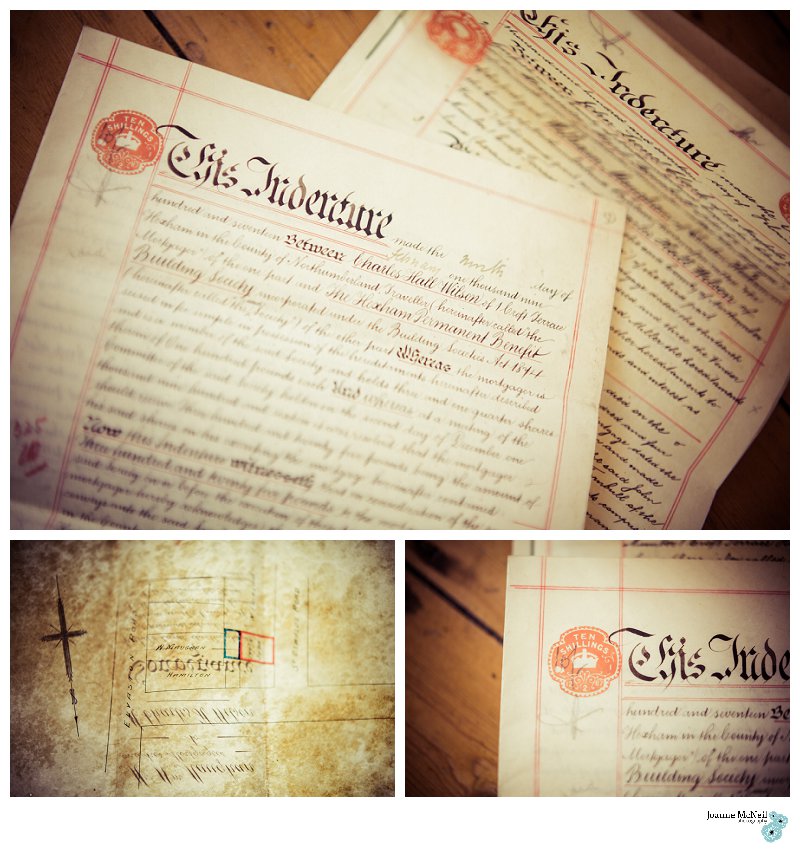 When I got home I went in search of our house deeds. I had the name of their grandfather and the date of when he purchased the house. As I opened the big brown envelope that contained all the old deeds, I felt very excited. The third document in the pile was dated 1917, and across the front was written “Charles H Wilson” – Edith and Anne’s grandfather! There are two documents relating to his purchase of the house, the Conveyance document and the Mortgage document. Anyone who knows me knows I love paper, and the paper making up these documents is amazing – thick, but almost opaque parchment, it has the most wonderful texture and you feel transported back in time by the sound and the feel of the pages as you open them. The Conveyance document has green thread bound down it’s edge and a green ribbon interwoven inside one of the pages – this has four wax stamps against the four signatures of the parties involved. And the handwritten text is so beautiful and elegant, it makes me yearn to write like that rather than tap a text out on a touch screen! I can’t wait to get them copied and send them on to Edith and Anne – I’m sure it will be a wonderful surprise and form another piece of their nostalgic jigsaw. 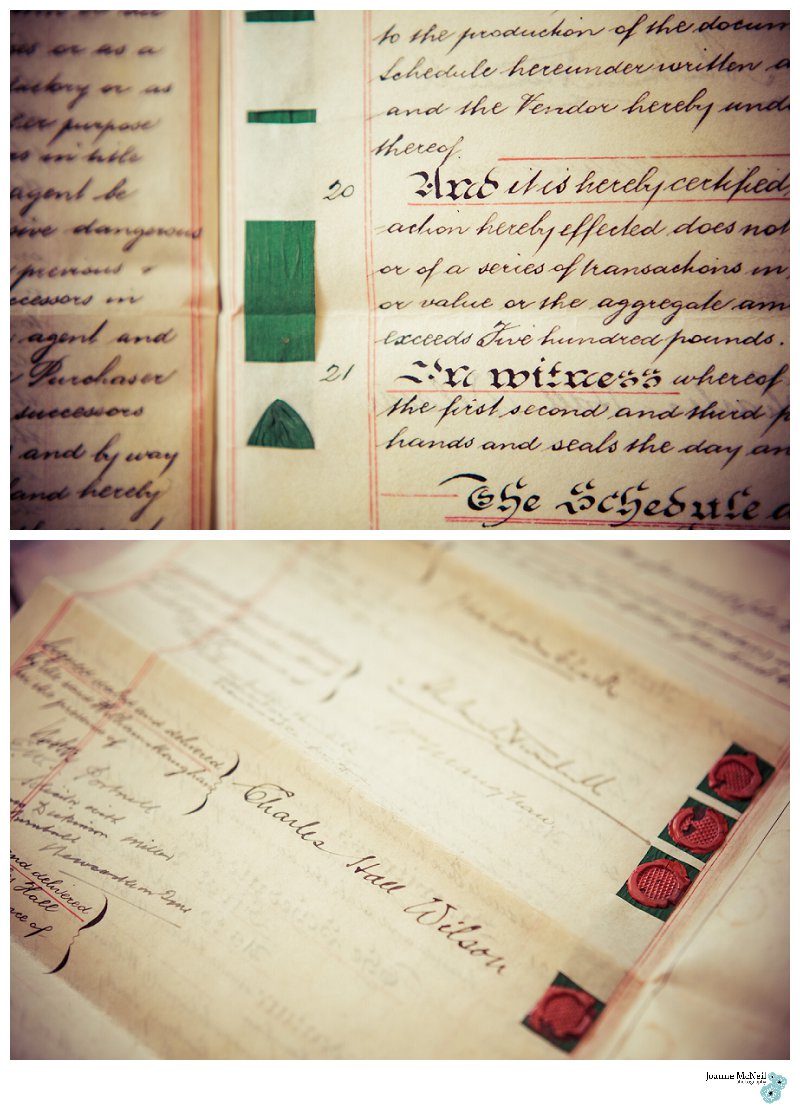 Seeing these documents having met the descendants of the people who used to live in our house, makes me look at our house in a totally new light. I now feel a deeper connection with it, I know some of it’s history and more about the people who lived here; I can imagine what they were like and I now know a bit about where their family went, and as a result I have a connection with these people too. And the fact that all of this came about from looking at some old photographs. I’m biased of course, but you really can’t underestimate the power of a photograph!

I also believe in fate, and I think that I was meant to walk out of my house that afternoon at the time that Edith and Anne were there. I can only imagine how they must have felt stepping back into their grandparent’s house and the memories and emotions that were stirred, and it makes me really happy that I was able to help them on their journey.